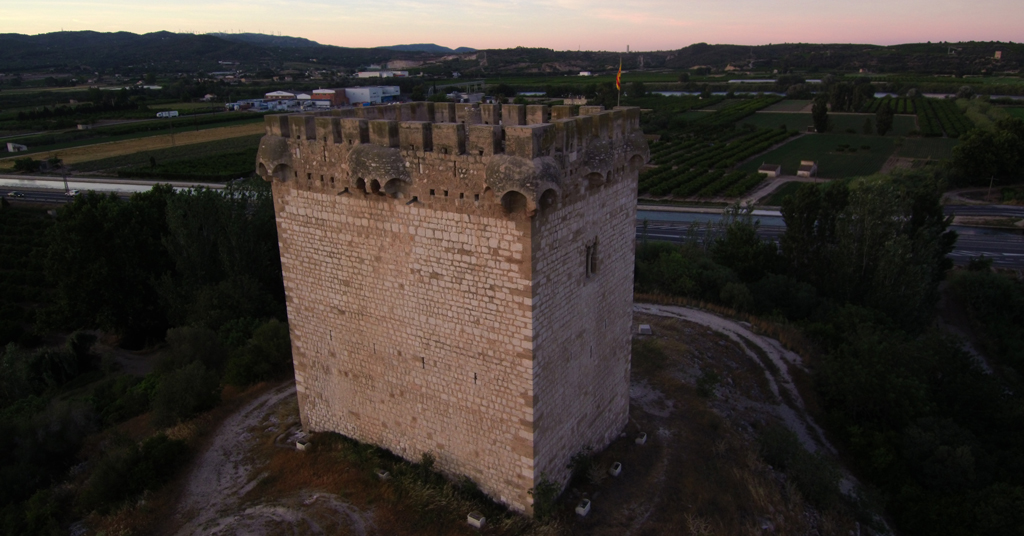 Iberians or the average age are just some of the stages we are going to go through today. Do you want to take a trip to the past? Let's find out 5 historical places in the Ebro Delta!

The Ebro lands has served as a meeting point between the inland areas and the Mediterranean. This territory has lived many historical stages that today we can rediscover thanks to the conservation of different monuments

Rock Art Interpretation Center: In the Pietat Hermitage in Ulldecona you will find the cave paintings, declared a World Heritage Site by UNESCO in 1998. These historical works recreate a world of mythical stories and are one of the most important groups of rock art in the Iberian Peninsula.

Iberian town: If you want to continue going through history, In Alcanar you will find the Iberian town La Moleta del Remei. This walled site belonged to the ilercavones tribe, who during the VII-II centuries BC., used as a point of exchange for luxury products with different Mediterranean peoples.

Carrova Tower: Carrova Tower is an old watchtower. It dates from the 13th century and has been declared a site of cultural interest. It is located in Amposta, next to the remains of a Roman villa. Later, the Torre de la Carrova served as a temporary residence for the abbots of the Cistercian monastery of Benifassà. They also made a series of reforms to the fortication.

Civil War Aireld: In La Sènia you can immerse yourself in the history of the Spanish Civil War. Here you will observe one of the different military airelds that the government of the Second Republic built. Despite being Republican, a year later it was used by the German Condor Legion.

Historic center of Ulldecona: We return to the beginning of our route to make a stop in the historic center of Ulldecona. In the nucleus of this town we nd a great variety of constructions from different periods. It stands out above all lin Sant Lluc Church, with gothic style. The stately homes such as the Casa de la Comanda and the Casa del Padre Domingo Solà also stand out. If you are fascinated by architecture, don't miss the Casa de la Feligresa, work of the architect Cèsar Martinell.

The Ebro lands  keeps a lot of history for being a strategic point for trade, and it has managed to captivate all kinds of civilizations. Travel the Delta and discover all its history!
Previous Post
The 4 most romantic corners ofthe Ebro Delta
Next Post