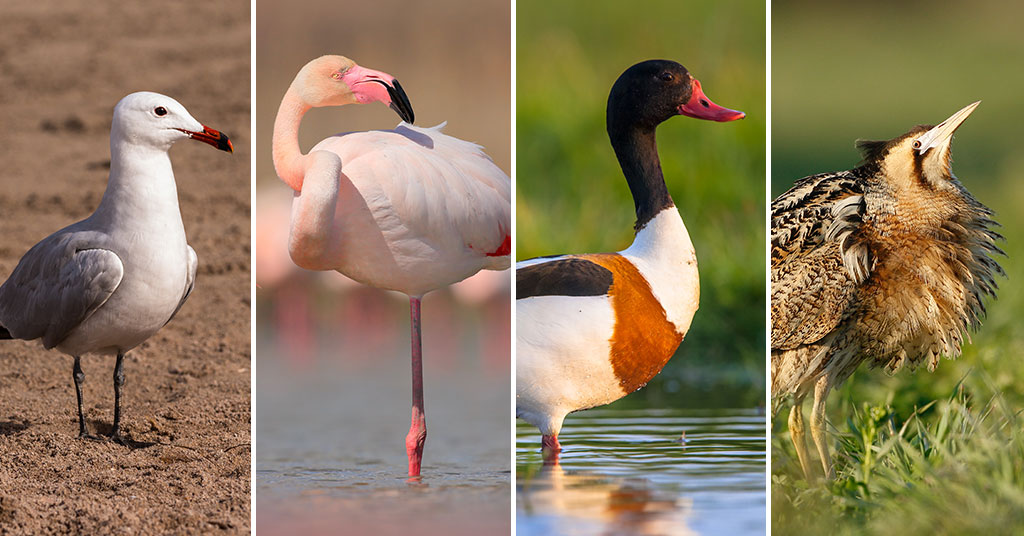 Monti teaches you which are the main birds of the Delta

The Ebro Delta is one of the wettest areas on the Mediterranean coast with almost 8.000 hectares of nature reserve and more than 350 bird species.

In the Ebro Delta you can bird watching during all seasons of the year. Now in winter, you will find a large number of birds especially in humid areas as it serves as a resting and breeding place.

Do you know which are the main birds that inhabit this area?

Near Amposta and Sant Carles de la Ràpita ducks live like the common shelduck, while at the mouth of the Ebro river you can observe the famous amingos or Audouin's gulls.
Enjoying bird watching as a family is one of the perfect plans for the little ones to learn to identify the different species that inhabit the Delta and to be aware of the protection and conservation of birds.
Previous Post
5 healthy purposes that this year you must fulfill
Next Post